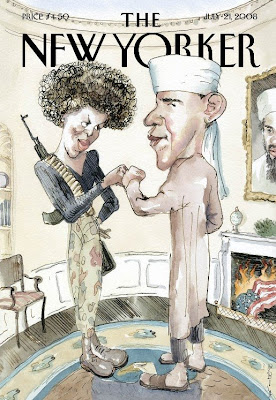 “The humor of the campaign trail is relentlessly cruel and brutal. If you think you like jokes, try hanging around the cooler after midnight with hired killers like James Carville or the late Lee Atwater, whose death by cancer in 1991 was a fatal loss to the Bush re-election effort. Atwater could say, without rancor, that he wanted to castrate Michael Dukakis and dump him on the Boston Common with his nuts stuffed down his throat. Atwater said a lot of things that made people cringe, but he usually smiled when he said them, and people tried to laugh.

It was Deep Background stuff they figured; of course he didn’t mean it. Hell, in some states you could got to prison for making threats like that. Felony Menacing, two years minimum; Conspiracy to commit Murder and/or Felony Assault with Intent to commit Great Bodily Harm, minimum 50 years in Arkansas and Texas; also Kidnapping (death), Rape, Sodomy, Malicious Disfigurement, Treason, Perjury, Gross Sexual Imposition and Aggravated Conspiracy to Commit all of the above (600 years, minimum)

…And all of this without anybody doing anything. Ho, ho. How’s that for the wheels of justice, Bubba? Six hundred fifty-two years just for downing a few gin-bucks at lunch and trading jokes with warriors…

You have to be very mean to get a laugh on the campaign trail. There is no such thing as paranoia.”

RENEGADE EYE
Posted by Frank Partisan at 12:13 AM

You could always trust Hunter to cut to the chase.

Humour and pushing the political bounderies just about died with Hunter.

That is not to do humor, is slander, accusing.
Es jugar sucio.

Hey ren,
The same subject is at Sonia's blog but I guess it's all over the blogosphere.
Here's my comment on her blog. I think it's important because it has to do with the racially charged aspect of this election:

On the NPR segment "Talk of the Nation", host Neal Conan asked black comedian Paul Mooney to comment on this cover. His immediate reply was that it was "racist" and that the person responsible at the New Yorker be "immediately fired".
When asked why, Mooney simply stated that "it crossed the line".
I'm not sure what that meant but was surprised by how quickly the racial component was brought up. My assessment of the caricatures had focused totally on the obvious irony and exagerated political ideology of the left. Race was the furthest thing from my mind. This cartoon is loaded with images that stereotypes a vision of Obama that could only be attributed to some knuckle-dragging low-brow right-wing nut.
It signals the fact that all future political discourse where Obama's platform is called into question will be subject to high scrutiny and possible accusation of racial insensitivity even if there is no such intent. The victimology stratagy is in play and the McCain camp will be treading on egg shells when producing ads or having spokespersons make critical comments. Every word will need to be parsed to ensure that no trace of any kind of racial component may remotely be construed by the opposition.
When the campaign nears Novemebr and is in full swing and criticisms of the opponents are bandied about, accusations of racial and age discrimination will undoubtedly be in full employ by both sides. Its going to get much uglier still.

Daniel Hoffmann-Gill: There is a new documentary movie about Hunter Thompson, narrated by Johnny Depp.

Maria Teresa: I don't agree, but understand how you feel.

Roman: Paul Mooney was cutting edge in 1975, but hasn't grown politically since then. I think he is well meaning, but insulated from modern political developments.

Reread my post. Hunter Thompson is laying it all out, what will happen.

This political cycle, there is no photo finish. The news cycle is hungry for stories.

I knew about Depp thing as my brother in law is his right hand man.

Is not humor its Islam baiting from the Nation of Islam to the Class of Civilisations.

This is just more evidence how stupid the American system for electing presidents has become. Who the hell cares about a satirical cartoon? What does that have to do with anything?

For that matter, the whole political game is just a cartoonish pandering act. We don't elect people based on their ideas or competence, we vote based on a media packaged advertisement, a sound bite, and popularity based on which one we want to "hang" with at a ball game or a night out.

The whole process is a joke, and this cartoon, if anything, helps illustrate this point.

That is not to do humor, is slander, accusing.

There are plenty of people outside of New York and San Francisco who agree with you.

It's not called "New Yorker" for nothing.

Hunter was a great galloomping sexist piece of work with wonderful wry insight when he cast his eye toward politics.

Well, daniel, you are scracking me up!! What can I say?

The immigrants rights movement is still quite alive in Texas, due to the overwhelming numbers of involved Latinos in the state and other allies. In fact, there is a march and demonstration in San Antonio today at the offices of Rep. Ciro Rodriguez demanding he oppose the SAVE Act!
Here is the gist: On Thursday, July 17th at 1pm, a coalition of community residents and organizations of the greater San Antonio area and the southern border, that includes Southwest Workers Union, Grassroots Leadership, and NO WALL-Big Bend, will host a press conference and rally outside the office of U.S. Representative Ciro Rodriguez. We aim to convince Rep. Rodriguez, as member of the appropriations committee in the House of Representatives, not to release funding for the border wall at the U.S.-Mexico border, denounce the border wall and the expansion of family detention centers as a violent and ineffective solution to migration, and oppose the SAVE Act.

Do you think any of the mainstream media will cover this? (That was rhetorical.)

Yes, we must have unconditional legalization.

Funny how none of the resident revolutionaries see much humor in radical chic. Somehow I never pictured readers of the New Yorker as big Petronius Arbiter fans. I guess this proves it.

Now Tom Wolfe is a talented author... whereas Hunter Thompson was merely a Grubstreet hack.

Mad Zionist: I might have to go into exile. I agree with you.

Daniel Hoffmann-Gill: The Hunter Thompson movie, is not easy to sit through. He made bad choices. Paranoia and guns don't mix.

Dave: It's meant to make fun of rightists who Muslim bait Obama.

Sonia: Except for 9/11, there is a rightist thing that New York is outside of the US.

Mariamariacuchita: Again Hunter made bad choices. He was paid to write about the Ali vs Liston fight, and he stayed in his hotel room stoned. That ended his career. He had groupies for sure.

I will have to have a post about immigration.

Obama will support the occupation as well once he gets elected...

Yes, Obama will do whatever he has to to get elected and stay elected.
He is part of the plutocracy and
Change is just a 5 letter word.

Hunter was a paranoid addict, that is well-documented. He also had his own personal demons, according to those who knew him, but who doesn't?

I like Wolfe too.
I am currently reading vintage Gloria Anzaldúa.

FJ, Im a revolutionary who finds the humor in radical chic and pathetic yearning in masters of the Universe. I hope this creates an opening to hear more from Angela Davis!

Sonia: On the news at 9/11, the commentators were saying now New York City is America. You are probably correct.

I wonder why Angela Davis broke with the CP?

Sonia: I don't believe Obama or McCain will stay in Iraq for 100 years.

In the 20th century it was Hunter Thompson, whom I would nominate as the century's greatest comic writer in the English language.

Freud on the comic (abstracted)...

Jokes are a subspecies of the comic. The comic, which behaves differently socially from jokes; is concerned with 2 persons, (the first who finds what is comic and a second in whom it is found) while a third person intensifies, but doesn't add to the comic process. A joke is made, the comic is found. The type of the comic which stands nearest to jokes is the naive. The comic arises as an unintended discovery derived from human social relations. It is found in people, in their movements, forms, actions and traits of character, originally in all probability only in their physical characteristics but later in their mental ones as well or in the expression of those characteristics. Nonsense and stupidity, which so often produce a comic effect, are nevertheless not felt as comic in every case. The comic that is found in someone else's intellectual and mental characteristics is the outcome of a comparison between him and self, though a comparison which has produced the opposite result to that in the case of a comic movement or action. A person appears comic to us if, in comparison with ourselves, he makes too great an expenditure on his bodily functions and too little on his mental ones. It can not be denied that in both these cases our laughter expresses a pleasurable sense of the superiority which we feel in relation to him.

FJ: That was great.