Today's release of the autopsy report, is news only to the most backward of society. If your education is up to atleast eighteenth century standards, the conclusions, are of no surprise.

No signs of abuse.
She was in a persistent vegetative state.
She didn't die of starvation.
Blind.
Unable to be re-educated.
No history of eating disorder.
Cause of initial collapse undetermined.
No morphine traces at time of death.
Brain size half of normal brain.
Unable to swallow, unless intubated.

The autopsy included review of 274 images, and reviews of medical, social work and police records.

This is a refutation of The Bushes, Dr. Frist and Dr. Hannity on the right, and fake leftists Jesse Jackson and Ralph Nader. It is a victory for those who relish science and logic.
Posted by Frank Partisan at 11:06 PM 2 comments:

Terrorism in the Grip of Justice

On the Iraqi state-run television station Al Iraqiya, is a new "reality show", more interesting than Fear Factor or American Idol, called Terrorism in the Grip of Justice. It shows captured so called insurgents confessing to their crimes. Many videotape their acts as beheadings, so we get to see the home videos. They talk of practice by beheading animals. The thugs are also confronted by the victim's family members. It demystifies the so-called insurgency, and exposes them as small, snivelling, crooked, or amoral.

It is only possible because of the Provisional Govt. These are non-uniformed, often locals based often in Mosul, and not subject to Geneva Accords.

Demystifying the insurgents is a necessary evil. The show's brutality, doesn't equal, the crimes of the clerical fascists and their thug friends.

The Neilsen ratings are not out yet.
Posted by Frank Partisan at 10:36 AM 1 comment: 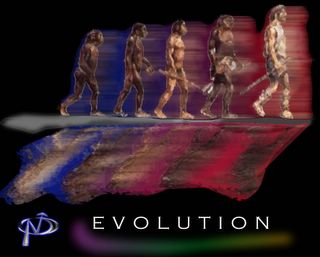 This Blog Allows Evolution To Be Taught.


On March 19th, the New York Times science editor, Cornelia Dean, reported several Imax theaters in the south refused to show Titanic director James Cameron's Volcanoes of the Deep, due to it being pro "Big Bang" theory. Imax theaters are science theaters. The theaters refused to play that movie, fearing protests from creationists. This happened in about a dozen theaters. The movie is about life under sea, in a volcanic area, filmed from a submarine.

This is a sympton of the overall culture war, between the realty based community, and the faith based. This war is going on, not only in USA, but around the world, as examplified by the civil war in Islam, where visions of the Ottoman Empire, are fought against daily.

One way to fight the Yahoos, is to get colleges, to deny accreditation to schools, that don't teach evolution. The students should be required to take remedial science, or not get into college.

Later I will talk about pharmacists, who refuse to fill prescriptions for contraception.