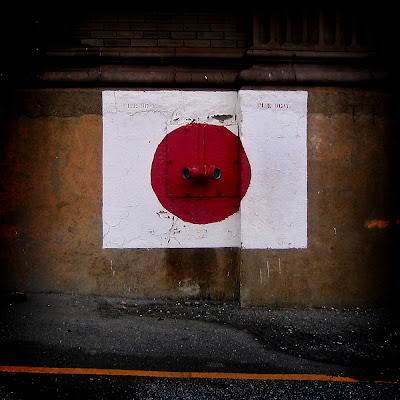 The classical view of how capitalism develops is that within feudal society a class emerges made up of merchants, bankers, early industrialists, i.e. the bourgeoisie, and that for this class to be able to develop its full potential a bourgeois revolution is required to break the limits imposed by the landed feudal aristocracy. That is how things developed, more or less, in countries like France and England, but not in Japan.

A thoughtful piece. I enjoyed it. We may disagree as to where to go from here and the best methods to proceed, but fear of being conquered from the outside is certainly a motivating factor in the development of capitalism. After all, it's hard to argue with "success".

ps - I like the old-Left's answers better than the new-Left's. The old-Left focuses on "building up" the under-developed economies. The new-Left upon "tearing down" the over-developed capitalist ones (see the political preface to Marcuse's "Eros and Civilization."

SpeedyG: If you read between the lines, this post is about China. How could China develop capitalism, without a capitalist class?

I'm old left for sure.

China has always had a "Mandarin" (even under communism) class, just as India has always had a Brahmmin caste. Leaders are leaders, everywhere. The right tail members of the intelligence curve are always going to take over, no matter where you are. Call them an "aristocracy" or "intellectual elite" if you like, they will always rise to the top.

Only under capitalism, however, does the "middle" of that bell curve, substantially benefit. And that's ONLY because there's so much MORE to go around.

The only difference between a "capitalist class" and an "elite vanguard" is the capitalist's desire to find a useful place for EVERYONE, and not just other members of their narrow elite.

And believe me when I say that "one-class" communists are doing NOTHING but looking after #1 (themselves), despite ALL their vocal protestations to the contrary. They should understand "generation from opposites"... they do NOT. They're "mono-cyclopian" thinkers.

..and THAT is where China went right (in the THREE Represents) where Russia went wrong.

The capitalist class, is a conscious class for itself.

In politics, as in science, when a vacuum develops, it needs to be filled. That is what leaders do.

China under Mao, was Bonapartism. When neither the workers or capitalists are strong, some layer as military or intellectuals step in.

China has no capitalist class. It just has capitalists.

China has no capitalist class.

Not true. Capitalism in China is STATE sponsored. It's not a "grass roots" movement. Like the DNC, it's "astroturf" capitalism.

...and it is managed, and money (capital) is allocated, by the "Mandarins".