Tunisia: As the Ruling Class Manoeuvres At The Top Elements of Dual Power Develop From Below 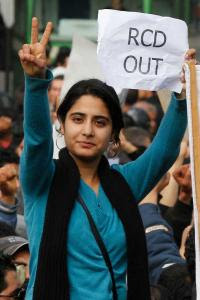 That's a cute chick you chose for the picture. She'll probably look cute in the hajib she'll be wearing in three or four years if she hasn't been stoned to death for this picture.

Tunisia isn't headed in that direction at this time. Already there has been more democracy.

Indeed, it has spread to Egypt.

Pagan, Tunisia is fairly secular. The veil is, I believe, banned.