I asked several bloggers, to send me recipes; preferably easy to prepare, common ingredients, ethnic etc. In addition if I print the recipe, I'll plug your blog. Send recipes to me at the email address at my profile. I was going to print them all in one post, but I acquired too many. Political agreement doesn't matter. Atleast every month I'll continue this series. Leave comments about food, the blog, restaraunts etc. Everyone who sent recipes, will eventually have them published. I'm going in random order.

It's been two years since I've received this recipe. I do publish eventually what I receive. Our recipe today comes from blogger Enigma4ever, who is that. I've always liked her blog Watergate Summer. My political views differ with hers, mostly about the Democratic Party, still her views are consistent and principled. When its election time or a big event, the open threads at her blog, are a good source for info. Enigma describes her blog; I am a wandering refugee intuitive truthseeking scorched whistleblower mom nurse. I am a newsjunkie,research fiend.Most of my heroes are gone- MLK,Robert Kennedy,Ghandi, Marley,Lennon and Peter Jennings, and George Carlin.Change has come to America,let's see where we can take this Country Now.

Get to the food: 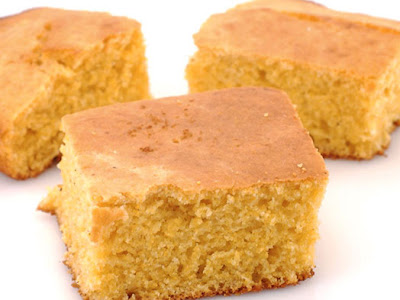 Bake in preheated oven at 350 degrees for about 40 minutes.

Chicken ( which goes great with the cornbread)

Chicken Legs&thighs
Mix Ingredients:
One Quarter Cup Ketchup
Catalina Salad Dressing-half cup
1 Half cup Coca Cola
1 cup water with Chicken Boullion
French Mustard Squirt on the chicken
Maple syrup ( half cup)
spring onions -cut small
one yellow onion- cut small bits
sautee the onion in boullion on the stove,
and add 2 tablespoons of garlic paste ( comes in a tube)
( OR you can chop fine 5 small garlic cloves)
Pour the mixture of liquids on over the Chicken...
with the onions and garlic-
When the Chicken is lying in the pan with all
liquids bathing it-
Sprinkle MrsDash, and Old Bay seasonging across, with
some ground pepper.


( I also serve with Orange/Onion/Rommaine Salad with raspbery vinegrette dressing and
with Raspberry Mint Sun Tea.....and I make Lemon Strawberry Cheesecake for dessert....)

thanks for printing this..I forgot about sending it...I was so lucky to come from Southern women who thought I would remember how they cooked...I did...

I have not been around to blogs much...working on the healthcare issue...if it was up to me would all have care...but it is a mess...

No offense, but I think something is missing from this recipe-like, say, the Jiffy Corn Bread Mix. How many packs do you use for this recipe? With all these ingredients, I'm assuming at least two?

I also have to ask-a teaspoon of vanilla flavoring AND two tablespoons of vanilla coffee creamer?

I,m sure the corn bread is delicious. How much butter is half a stick though?

Enigma: I kept my word, and posted your recipe, even if it took 2 yrs.

Jams: Half a stick of butter = Four Tablespoons.

Pagan: It's too little coke to be the primary flavor.

we love our cornbread here in the semi-south! i WILL try this one and have an easy recipe with only five ingredients i'm going to send you soon. it's a dessert.

Nanc: I never heard before the term semi-south. That's a cool term for your part of the country.

ooops...
yeah- above it should say 2 boxes of Jiffy or some other mix is fine,....jiffy is the best though- so sorry...( hmm I must have forgotten that key little thing..) and yes Pagan vanilla creamer and vanilla...mostly because plain creamer tastes terrible...

Stick of butter....
so no one buys sticks of butter any more ? okay- if you use a container- four heaping tablespoons of butter out of the container....

Thanks for clarifying about the number of packs. I had a feeling it would be more than one.

Pure vanilla is stronger, and so if you use artificial vanilla in your recipe, using pure vanilla might give it a very strong vanilla taste if you don't moderate the amount.