Carnival of Socialism # 40 Is Here 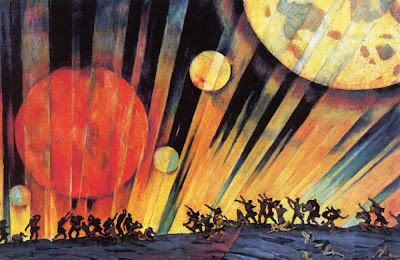 Kasama caught my interest with a post entitled Mao Zedong: Should Reactionaries Have Free Speech?.

American Left History should be a regular stop on your blog reading. This blog centers on American history and culture, from a socialist view. Markin's love of history and art shine through.

The Third Estate managed to interview political icon in the UK Tony Benn.

Left in East Dakota notes Obama's base being disillusioned with him.

River's Edge notes that the UK anti-terror units, only find rightist plots, "it is invariably more by luck than by design".

Vengeance and Fashion has an interesting post about a schoolteacher who was abused by his students and snapped. There are Facebook groups supporting both sides. It is unusual for socialists to write about such a subject so close to home.

The Trotsky Museum has a blog of its own.

Querida Celia Hart Is a Spanish blog that honors Celia Hart Santamaria, the Cuban revolutionary who died last year in an auto accident related to the Cuban Hurricane. Celia opened doors for socialist democracy in Cuba.

The Red Mantis tackles Iranian unrest, and asks who leads and where is it going? 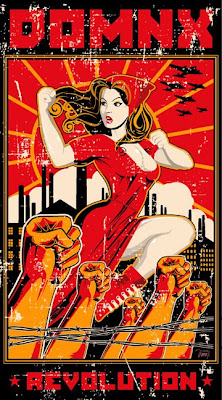 Histomat replies to a BBC documentary about Leon Trotsky, based on the book The Exile and Murder of Leon Trotsky. Histomat writes, "Just as Stalin smeared the Jewish Trotsky as an agent of Hitler, so Richard Overy describes Trotsky's supporters as a 'motley crew', while Trotsky himself suffered from a 'blindness to any sense of humanity' and apparently 'never had any scruples about killing those in the way of the Marxist utopia'. It is a pity that Overy has seemingly not made time to read Trotsky's Their Morals and Ours where he answered exactly Overy's critique about 'moral scruple' over seventy years ago:"

Socialism or Barbarism reviews the Irish economy, in a two part series.

Untouchable Earth writes from India about the will of the Iranian people. This blog is oriented to socialism, art and astronomy.

Madam Miaow gives us good analysis of the Uighur uprising in China. At my local coffeeshop Madam Miaow's blog is blocked by the computer's filtering software. What's wrong with Anna Mae Wong?

A Reader's Word from India, takes on the myth of micro finance.

Ren thank you for all these links. There is a lot to chew on!

Good stuff - thanks for this.

Love the pictures by the way

An interesting assortment of posts. I enjoyed the diversity.

Great carnival, and thanks for the mention :-)

Thank you for the mention. A very interesting collection of posts and sites.

Thanks for the plug, Renegade. Wonder what the block is about.

Nice mix of material. Now IF I CAN GET THE TIME TO READ IT!

greats links..posts
thanks for mention

Some great links to get through! Nice work Ren.

Obama's base becoming dissatisfied? I'm curious just who his base might be?

I've thought it was folks who were tired of getting whip sawed as Bush attempted to prove in spite of the historic record that the self regulating market can be implemented without generating an economic implosion. Once again we see it can't but he learned little.

We've still got Larry Summers hoping to put it all back together only the financial sector will behave this time. The important thing is to get the trading markets functioning again, we'll worry about employment later.

A lot of folks had Obama pegged as Clinton redux and that's about what we have only slightly more aggressive militarily.

Nothing's changed, folks will retreat to the far right's "lower taxes" shenanigans and we'll start all over again. only this time we'll have to do it with the dollar completely in the toilet and some huge changes coming in the world financial markets.

Look for much more social unrest as folks can't take the strain that the capitalists are bent on inflicting.

How does one participate in this carnival?

Obama's base was all those starry-eyed 20 and 30 somethings along with minorities who bought into his cult of personality and never bothered to ask the big question;
CHANGE TO WHAT???
They were fooled by a very skillful political machine from the mean streets of Chicago who have no intention of letting this economic crisis go to waste without milking it for every possible advantage FOR THEIR SIDE and screw the constituency.
Buyer's remorse is on full display as Obama's favorability numbers keep plunging and his cadre of liberal Dems starts to quietly disappear from his side like rats jumping off a sinking ship.
The midterms are starting to look good for a return to fresh sound conservative fiscal policy ideas.
The liberal political rabble in power for the last two and a half years is no longer able to use the "blame Bush" excuse and will undoubtedly soon self-destruct because of their propensity to spend other people's money like drunken sailors.

Nevin: It is unusual that the Carnival of Socialism given to a blog not based in the UK. I was surprised they asked me.

Clint: If you are interested in doing a carnival, see my blog links and find A Very Public Sociologist, and leave a comment saying you're interested.

Larry G: When will the Anarchist Carnival be at your blog?

Noni: Astronomy adds to your blog.

Ducky: I think the hatred towards Bush was so visceral, that lower tax rhetoric, which really means service cuts, will be opposed. I think people will go away temporarily from politics. When reformists don't reform, people stray. I don't see a right turn in this economy.

Roman: The Republicans are done. They still are pushing Bush's program. Obama shouldn't be underestimated. He is not a wild eyed idealist. He will run you over with a truck.

No way will the GOP win midterms.

Both left and right protest too much. You can't beat Obama, unless you present a better vision.

Thank you for mentioning my pseudo-Lacanian piece of humor.

The Dems are rapidly evolving into what the Republicans were at the end of the Bush era in the minds of the voting public. The bad taste the Republicans left in the voters' mouths, the Dems are achieving the same level in record time. This is even in spite of the liberal-leaning press fawning all over the magical prophet occupying the White House.
The voters have always had very short memories and just the way they were fed up with Clinton and went over to vote for Bush, the see-saw effect will go from Obama to ???? That's the reality of it.

Roman: I think the contradictions between what people perceive as Obama's promise, against his accomplishments will be the basis of his opposition. His opposition will not be significant from the right. The reason is simple. The right doesn't have a program that is attractive.

I actually think the second picture is quite sexist and objectifies women.

Benjamin Solah: I've been getting praise for that picture.

Thanks for the mention.

Ren-Thanks For Plug- Will Link To My Site. Yes, I love history and art but just this minute I will trade all that for the fight for - Immediate Unconditional U.S./Allied Troop Withdrawal From Afghanistan (and Iraq, of course). It is the politics, and the political opposition to the Bush (oops) Obama government that drives the first two things.
Later. Markin