Food and Blogging: The Series Continues

There is no interest in my sardine tacos, or my use of coffee as a spice. I asked several bloggers, to send me recipes; preferably easy to prepare, common ingredients, ethnic etc. In addition if I print the recipe, I'll plug your blog. Send recipes to me at the email address at my profile. I was going to print them all in one post, but I acquired too many. Political agreement doesn't matter. Atleast every month I'll continue this series. Leave comments about food, the blog, restaraunts etc. Everyone who sent recipes, will eventually have them published. I'm going in random order.

This recipe comes from a blogger who is familiar to the readers of this blog. The Pagan Temple based in Covington, Kentucky is one of my favorite blogs. I hardly ever agree with him politically, and find his smartass sarcasm sometimes revolting. That doesn't tell his whole story of this actual political moderate. He is a principled person, who will listen and read what his opponent is suggesting and respond. Pagan also finished writing a sci-fi novel called Radu. 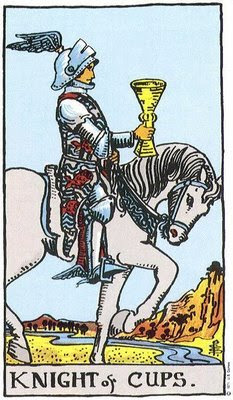 2 pds. of ground moose burger (failing that, two pounds of ground chuck will do just
fine-it did for me).

two eight-ounce cans of tomato sauce (and equal parts water)
one-half of a large green pepper
one-half of a small white onion
one eight-ounce can of pinto beans
About four ounces (one-fourth of a sixteen-ounce box) of spaghetti broken up into quarter
pieces. (Warning-too much spaghetti will make the chili too pasty and starchy).
one-half to one full 12oz. can of beer, flat (leave beer opened overnight the night
before cooking)
one Hershey's bar (or equivalent piece of homemade fantasy fudge recipe from Kraft
Marshmallow Cream jar).
one package of chili seasoning mix
hot sauce-about nine dashes, or to taste

First, in a large skillet, brown the meat, and drain the grease into a container for
disposal.

In a large saucepan, add the meat, the seasoning mix, the tomato sauce and water, mix
thoroughly over medium heat. After it comes to a boil, add the beans, the onion, and the
green pepper. Allow to boil lightly for about twenty minutes, stirring frequently to
prevent sticking. Then, add the candy and the beer and the hot sauce. Stir as you reduce
the hear to low for about ten minutes. Add the spaghetti and then cover with a lid,
allowing to simmer for about twenty minutes.

Eat a large bowl for New Years night, with a beer or Coke, etc., along with saltine
crackers and Doritos with dip of choice. keep a large roll of toilet paper handy, and
don't say I didn't warn you.

Email ThisBlogThis!Share to TwitterShare to FacebookShare to Pinterest
Labels: Paganism, The Pagan Temple

There are some interesting tastes in that dish. It would have to lose teh meat for this household though

A friend told me to check your blog... maybe link up. My friend said you have good posts and know your way around the blogging world. I am new to this and could use a friend :-)

I am deBongoman. Check me out some time.

Right now I'm going to take some time to read through some of your posts.

Recipes eh? Hmmm, let's see if I can think of a gourmet English dish. Here's one.

1) Go to the supermarket

4) Go home and put the oven on

And there you have it. A traditional English meal that everyone can enjoy!

Thanks, Ren. It's not easy changing the world one blog post at a time haha. I see I forgot to take off the New Years line at the end. Oh well it's good anytime, though especially during cold weather.

Only the first draft of Radu is finished, by the way, the completed product will look very different, and already does. I won't publish it on the blog though. I only did that to give readers a peak at the sausage making that is first draft novel writing. I was hoping for input and comments, but, sigh, oh well.

Jams-I don't know how that would work without meat, maybe you can use a protein based substitute, like soy perhaps? I ate some chili once made with a soy based substitute and frankly didn't care much for it, but I guess if you're used to the taste of soy or such other things it might not be so bad.

Jams: I didn't know about the vegetarianism before.

deBongoman: Thank you for visiting. I'm sure you'll have interesting comments to add.

Phil BC: I haven't heard from you for awhile. Atleast you didn't leave a recipe for pancreas pie.

Pagan: I was married to a vegetarian/animal rights activist, who cried watching Lassie.

I'll say this for them, they are for the most part kind-hearted people, just impractical, and maybe just a wee too sentimental. Most animals that are killed for food would die a much more hellish death otherwise in the long run, either involving being ripped to pieces by predators or eaten alive at old age by vermin or vultures, or even killed by younger animals of their own kind. They do not have it easy.

I advocate as humane an approach as possible to butchering livestock. Death of animals in the wild by way of hunting is generally quick and relatively painless in comparison to what they otherwise have in store.

Animal testing of medicines and cosmetics, now that's a horse of a different color. We have advanced enough by now to move beyond that.

sorry - in the south we have blackeyed peas on new year's day!

Pagan: I shudder when animal rights activists say speciesism. I don't debate them or chastise them. It doesn't mesh with my world.

Nanc: I'm a tea totaler, if I wasn't I would want the Tequila to drink, not to get lost in spices.

A lot of people who don't drink alcohol use beer, wine, and other forms of alcohol for cooking purposes. The alcohol content usually cooks away. It doesn't take a long time for it to dissipate. The exception would be things like eggnog, where the alcohol isn't added until the last step, after the cooking stage.

I don't look at the hard core animal rights activist, especially the leaders, the same way as I do your average animal lover, which I am myself.

Most of the activists are plain nuts. One of the leaders of PETA a few years ago wouldn't even concede in a debate that it was acceptable to kill rats-or even head lice. I might agree with them on certain things, but by and large they are the textbook definition of crazy.

With all do respect to my friend Pagan, that chili recipe looks completely disgusting!

LOL that's all right, MZ, but just to satisfy my curiosity, what is it that bothers you about it-the beer, the chocolate? I promise it's really good, but granted it's probably not for everybody.

MZ: You have been hibernating.

Ren, you know how it is...Blogging is a streaky business. Sometimes you lose motivation and interest, sometimes it kicks back in again.

This is a new one and I love it.

I think I get it now. Since this calls for ground chuck, from a cow, you can't use anything with a milk product with it, right? Which, it's not whipped cream, it's Kraft Marshmallow Cream, or actually a chocolate fudge recipe made from it. That recipe calls for evaporated mile though, and Hershey's bars for that matter I guess contains milk as well, so its the same basic problem.

You could substitute semi-sweet chocolate chips, or even bitter chocolate chips. I'm sure the latter at least doesn't contain a milk by-product, though I wouldn't swear to it. It wouldn't be exactly the same, but for that matter it might even be better.

Pagan, kosher has nothing to do with how gross it sounds to mix chocolate and marshmallow fluff with chili!