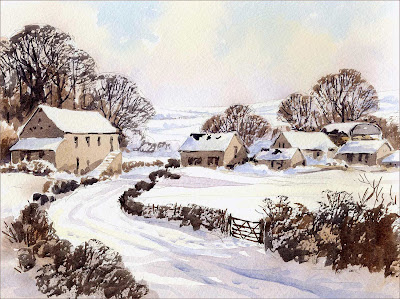 Holiday greetings to all.

The comments at the last post on the Spanish Revolution, were so interesting, in a few weeks I'll repost the whole thing, so more people can join. Many who have strong opinions are out of town,

In the future I will do a post about the Watergate Scandal, that'll provide a different view. Was it really a great moment in journalism?

If you go to the movies after Xmas, there are two good vampire movies around. The best by far one is Let The Right One In. I thought Twilight was great fun.

Besides the resolution to get more exercise, by eating and sleeping more, I hope to post more about Africa.

RENEGADE EYE
Posted by Frank Partisan at 1:14 AM

Email ThisBlogThis!Share to TwitterShare to FacebookShare to Pinterest
Labels: Let The Right One In, Twilight, vampires, Watergate Scandal, Winter Holidays

Merry Christmas to Ren and crew. May all your stockings be red.

Merry christmas to you Ren. I'm looking forward to your posts next year. There is so much to learn on renegade eye.
Best wishes

Merry Christmas and yes, more on Africa, Guinea is asking for help, we won't give it but West Africa has only just got stable.

Merry Christmas, Ren. Personally, I stopped with the resolutions. No time like the present. Waiting on an artificial date is an excuse to put things off. But, good luck with it anyway. I could use more exercise myself, among other things.

I've been wanting to do posts on Africa too. I've been meaning to do one on Cameroon, which might be the best country on the whole continent.

It's supposedly like a microcosm of all the different cultures that exist throughout Africa, or at least as close to that as any one country in Africa could possible be. Relatively stable and peaceful too.

I was wondering why you, me and Gambone were the only ones discussing that last post. I was reasonably sure people weren't dazzled by the brilliance of my arguments.

All the best to you, Ren, and to everyone else here. I look forward to another year of interesting, informative posts and debate.

would it have killed you to just say "MERRY CHRISTMAS", ren?

what other holiday besides chanukkah could this holiday have been about? it's a federal holiday - perhaps they should just take it away?

anyway, merry CHRISTmas - this holiday is in celebration of the CHRISTchild being given to the world and for no other reason.

Blue in Green: Your blog is great fun.

Daniel Hoffman-Gil: All the best.

Pagan: Several people are out of town, who'd take part in that last post. I want Sonia and John Peterson in it as well. Some of Celticfire's arguments caught me by surprise. I guess I'm Eurocentric.

Nancy: Don't you know Jewish people in the US, are conflicted by Xmas? Holiday greetings is inclusive, it even takes in New Years.

I celebrate Xmas, by going to The Nutcracker every year.

perhaps i'm overly politically correct, but Happy Holidays. I was brought up Jewish (altho i've gone through some spiritual changes) and ALWAYS felt left out this time of year. so, stubbornly, i say "Happy Holidays". and i also mean it!!

We got a one-two punch, with Harold Pinter and Eartha Kitt dying.

WeezieLou: This is one of the few posts, short of the one about Polobulos Dance Company, where there would be no controversy. Blame Bill O"Reilly. Holiday Greetings.

My Friend,
I thank you for the many joys I've had whenever I've visited your pages.
From my home to yours, a blessed holiday spirit and Happy New Year!
T-P

Seriously thanks for running such a great blog. Happy New Year and warm greetings.

The Stratfor story about Mark Felt and his motives is cool. Looking forward to your thoughts.

Merry Happy. Be at peace.

I hope you had an enjoyable Christmas Ren

Merry Happy. Be at peace.

Jams: I like the WWII posts at your blog.

Congratulations on keeping your blog open to opposing viewpoints and thus creating a blog that's never, ever dull. Censorship is the enemy of intellectual discourse.

see, that didn't hurt after all!

Roman: I get upset with the UK socialist bloggers,
who are great at polemics, but won't come to this blog.

Nanc: Just finished a short essay by Marx about Revelations. He says it's about the fall of Rome.

I would also argue that the back and forth never changes any minds, it just makes for a lot of comments and who is the most stubborn.

I think I'm going to make some New Year's Resolutions.

I'm going to try I tto ignore people who obviously don't think for themselves, and who are always in the tank for one side or another, armed with the latest talking points that are inspected and stamped with the "Liberal/Progressive" PC Seal of Approval.

I think I'll also try to be nicer to liberals and the other mentally retarded folks of the world. After all, maybe they can't help it. Maybe their brains are just naturally fucked up.

I'm also going to try to listen politely and patiently when people from Europe try to explain to me why America should repair the damage to the Third World that exists mainly due to their historical fuck-ups.

I'll even try not to LOL when they say their countries are Democracies or Republics. Since they seem happy enough about the election of Barak Obama to dance in the streets about it, maybe we'll see that German Jewish President one of these days yet, or that French Arab Prime Minister.

I'll even admit that I might be wrong to think that within forty years tops Europeans are going to give Arabs a taste of the same medicine they gave Jews sixty-seventy years ago.

I'm even going to try to imagine that when Europeans criticize Americans for being war-mongers, it's honestly because they've seen the light after three thousand years of constant warfare, mass murders, and oppressions of minorities, and they've changed their ways.

Thanks for the always interesting forum and taking the time to visit.Looking forward to more explorations in 09.

Pagan, only a fucking prick would use a positive post about holiday greetings as a rant to expose their backward fucking ideas.

I hope 2009 brings you pain and misery you cunt.

Yeah, I have to agree I'm offended and disgusted at Pagan's remarks.

Yeah, you're right, that was uncalled for. I just thought you were directing that last comment at me. I apologize, and especially I apologize to Ren for that turd in the punchbowl.

Nothing was aimed at you I swear, I'm as much to blame for past actions, my response was purely in reaction to previous comment only and blog ennui I'm suffering from.

I know I'm almost late -- but New Year's happened yet.

We've been over-scheduled and overwhelmed.

ren - i saw your comment on the essay - please leave a link to it or a title at my place as i'd like to read it.

Nanc: I left a comment on your blog, with a link to Marx's Essay About The Book of Revelations. The book is about the Roman Empire, not the USA in 2008.

Daniel H-G: I was supporter of the Iraqi invasion, before I blogged. Read the earliest posts on my blog, and you'll see my transformation.

Celticfire: Your blog is down? All the best.

Troutsky: Graeme will have some surprises. He will be doing some interesting travels, in the next few months.

Foxessa: I'm always looking for a booking for Ned, to sing in Minneapolis.

Fascinating article! And I thought I had read just about everything I could get my hands on by M and E. This was a new one, for sure. Interesting dip into the Kabbalah, ie gematria, too. Of course the Kabbalistic Tree of Life has a dialectical structure. (I once traced Hegel's dialectic back to the Christian Cabala of Jacob Boehme and from there back to Second Century AD Kabbalah. That was a lot of fun.)

Larry G: I think in Alan Woods's book about Dieterich, there was a reference to The Book of Revelations in Marx's view, was about the Roman Empire.

I wonder why facts in that article, are not in the popular culture? Because it is Marx exposing it?

Thanks, but I'm not hopeful. I'm going to try to phase off with pipe tobacco. At least the house will smell better.

Pagan: You might want to go to the MD for help to stop smoking. Smoking a pipe doesn't sound right.

wake up from your holidays.PALESTINE
SOS.Where the fuck is Mr Obama by the way?
H
a
w
a
i
i

Apropos of nothing, here's my New Year's wish. (Try to ignore the hokey montage.)

The best movie I saw over the holidays is the French film A Christmas Tale.

Chris I.G.: Ask and you receive. I have a post up on Gaza.

K: Thank you for the videos. Jackson Browne is not fly by night in politics, like some celebs.

I've very much enjoyed Jackson's last two releases. The current one -- Time The Conqueror -- is the first on which he's blended his two primary themes of personal introspection and social justice. It includes a very good post-Katrina song.