Uprising in Egypt: The Revolution Is Spreading! 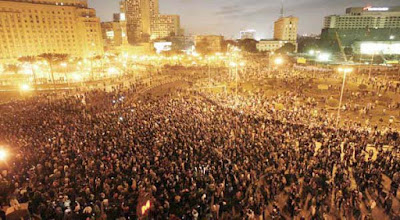 Dramatic events are unfolding in the Middle East. Today (Tuesday) Egypt was rocked by a wave of nationwide demonstrations demanding the end of the Mubarak regime, which has oppressed the people of this proud nation for nearly 30 years. This was the biggest protest movement Egypt has seen for decades. In Cairo and other cities thousands of anti-government protesters demonstrated on the streets and fought with police.