The 82nd Academy Awards ceremony, presented by the Academy of Motion Picture Arts and Sciences, will honor the best films of 2009 and will take place March 7, 2010, at the Kodak Theatre in Hollywood, Los Angeles, California. It will be televised in the United States on ABC. Actors Alec Baldwin and Steve Martin will host the show. Martin will host for the third time, after previously presiding over the 73rd and 75th ceremonies, while Baldwin will host the show for the first time. 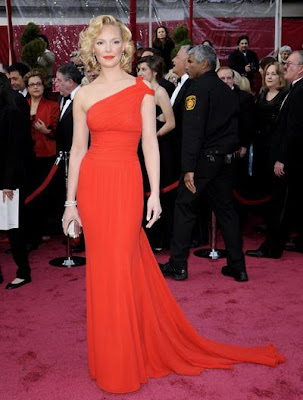 RENEGADE EYE
Posted by Frank Partisan at 3:01 AM

I thought "The Hurt Locker" was a splendid film.Whatever your politics, it hits home.

Interesting to note that there are no nominations for Best Actor/Actress/Supporting Actor/Actress for Avatar. A cynic might say that is because there was no acting?

Isn't everyone an actor regardless of gender these days come to that?

So what is its politics, or are there any? I've been wondering why this film has garnered so many nominations. I guess it's safe to assume from that, that it is not a "pro-war" film. If it were, Baldwin would probably refuse to host the awards. I can't say that I can fault him for that too much, because personally, you wouldn't see me within shouting distance of that place. I won't be watching.

By a very wide margin the most interesting category this year is animated features.

I haven't seen any of these films.

I really need to start going to the cinema again.

Ten Best Picture nominations? Talk about a capitalist plot to separate the masses from their money!

Tony: I still didn't see The Hurt Locker yet.

White Rabbit: I didn't see Avatar yet. It is a good story as a whole. Straight out anti-imperialist.

Ducky: You are probably right. I don't watch animation. I hate admitting that.

K: Not a conspiracy. Just watching over their self interest.

Pagan: All of the Baldwin Bros are wacky. They are only actors.

I agree "The Hurt Locker" is an excellent film and pretty realistic too. If I had a vote on it, that’s where mine would go. Watched ‘Avator’ yesterday and that was very good too, but not on the same level as "The Hurt Locker.”

This is the first year when I've actually seen a number of the nominees. My favorite is UP, although I know it probably won't win anything.

Sentinel: The race for the top Oscar this year, is compared to Forest Gump against Pulp Fiction. Smart $$ is on the blockbuster.

Lew: Thank you for visiting. I didn't see Up.

I saw District 9 recently. I am not a fan of Sci-Fi all that much but I have to admit, this movie made me sit through the whole thing.... Although the acting was not the most wonderful, the story broke your heart... There were a lot of parallels between the movie's plot and the previous apartheid regime in South Africa...

Nevin: I thought the acting was excellent. The male lead is another DeNiro.

As long as it's not hosted by Steve Baldwin ...

John Pilger in the New Statesman seems to think that The Hurt Locker is quite pernicious:
http://www.newstatesman.com/film/2010/02/pilger-iraq-oscar-american-war

He recommends Redacted instead which I've just ordered from Amazon.