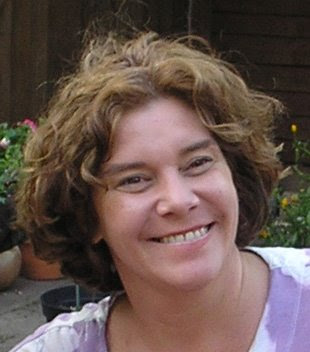 The accident occurred on the afternoon of Sunday, 7 September in the Miramar district of Havana. We do not know the details, but it appears that the car hit a tree. It may be that the bad conditions caused by the recent hurricane had something to do with this.

The bodies of Celia and Abel were taken to the Funeral Rivero, Calzada and K, from where the funeral procession set out for the Columbus Necropolis, where they were buried today at 10:00 am local time.

Celia Hart came from a family of veteran Cuban revolutionaries who fought against the Batista dictatorship together with Fidel Castro. Celia Hart has been an outspoken defender of the political and revolutionary heritage of Leon Trotsky. Her articles on this subject, which have been published by the Spanish Marxist website El Militante and also on Marxist.com provoked an intense debate on the question of Trotsky both in Cuba and internationally.

Celia Hart was born in January 1962, just a few months after the Cuban missile crisis. Her mother, Haydée Santamaría, ("the most extraordinary person I have ever known") was a revolutionary from the very early days, and participated together with Fidel Castro in the famous storming of the Moncada barracks, where she lost both her brother and her boyfriend.

Armando Hart, her father, began his political activities by a different route: In the dark days of the Batista dictatorship, when, as a young lawyer, he commenced his political agitation and became a student leader in the University. He was a member of the National Revolutionary Movement (Movimiento Nacional Revolucionario) led by García Barcena, a university professor who opposed Batista and was imprisoned even before the assault on the Moncada barracks.

Armando Hart and Haydée Santamaría were dedicated to the revolutionary cause and fought together with Fidel Castro and Che Guevara. When Batista was finally overthrown, Armando was made the first Minister of Education of the Revolution and Haydée Santamaría was made President of the Casa de las Américas (the House of the Americas), which she in effect founded.

Haydée was always opposed to ‘sovietization' - that is to the attempt to impose rigid Stalinist bureaucracy and dogmatic thought and methodology on Cuba. In Casa de las Américas there was no room for either dogmatism or so-called socialist realism. She ran it together with a real galaxy of talent: Benedetti, Galich, Mariano Rodríguez and others. Tragically, she committed suicide in 1980. For his part, Armando Hart had a brilliant intellectual career, and at the present time, after more than twenty years as Cuban Minister of Culture, is in charge of the Oficina del Programa Martiano.

In Celia's own words: "I therefore grew up in the eye of the hurricane, between the tremendous passion of my mother and the intelligence and devotion to study of my father - both of them firmly inserted in the political life of Cuba." In 1980, one month before her mother's suicide, Celia decided to study physics in Havana University. Two years later she was sent to finish her studies in the University of Dresden in the German Democratic Republic.

Celia continued my studies until graduating in 1987 - the first foreign female to graduate in this Faculty. She then returned to Havana, where she worked until one year ago in the University, publishing approximately 15 specialist works on magnetism and superconductivity. She also participated in about half a dozen congresses in Italy, Brazil and Argentina.

Talking about this period in her life, Celia told me:

"In 2004 I was supposed to have finished my Doctorate in Physics, but as I was putting the final touches to a work on Philosophy, as part of my Doctorate I realized that my great love for physics was not an end in itself, but only a means to an end."

"During my stay in the German Democratic Republic, I realized that there was a contradiction between the inevitability of Socialism to fight for a better world and the bureaucracy, the suffocating of all initiative and the apathy that I found in that country, in spite of the good living conditions. I was repelled by the excessive images of Honecker that one found in every shop window."

In this way, slowly but surely, the ground was being prepared for Celia's transition to Trotskyism, which she described in the following words:

"In 1985 I returned to Cuba on holidays and confessed to my father my feelings of utter desperation. In response, my father opened a cupboard and got out four books: the three-volume Life of Trotsky by Isaac Deutscher and Trotsky's The Revolution Betrayed. I devoured these books, but until a few months ago had no opportunity of reading the rest of Trotsky's works."

However, none of Celia's works were published in Cuba, except a prologue to a book written by her mother entitled Haydée Speaks about the Moncada (Haydée habla del Moncada). Her writings were first published in the website of El Militante and Marxist.com (see The Flag over Coyoacán) and the Spanish magazine Marxismo Hoy. Later we published a book of her writings in Spanish with the title Apuntos Revolucionarios (Revolutionary Notes), which was introduced to the public in Spain and Cuba by the Frederick Engels Foundation.

It was the comrades of the IMT who first contacted Celia Hart and gave her the opportunity to enter into contact with international Trotskyism. She attended our world congress in 2004 and had intensive discussions with the leading comrades. Shortly afterwards she wrote:

"I have just returned after attending the International Conference of the Marxist tendency. It was a very important experience for me. I met some marvellous comrades from Pakistan, Israel, Spain, the United States... And I see that I am not alone, that the same ideas I defend are spreading all over the world. These are the ideas of the future. I thank all the comrades for the happiest summer of my life.

"A new and exciting chapter is opening for me. It is a very strange feeling. Less than a year ago I was a researcher in Physics in the University of Havana. Now I do not know what the future holds. But I do understand that science, and the scientific method, is the best method with which to carry out this passionate revolutionary struggle."

Since then Celia has been in regular contact with the IMT and has spoken at our meetings in various countries. In February of this year she spoke at the first public book launch in Cuba of Trotsky's Revolution Betrayed, organized by the Frederick Engels Foundation with more than 100 people present at the Havana Book Fair.

Celia Hart was always very passionate about her ideas and the struggle for socialism. We had many discussions with her, often ending in agreement, sometimes not, but in all our dealings with her, there was always a warm sense of comradeship and friendship and she always spoke very warmly about El Militante and the IMT.

Most recently she spoke at a very successful meeting of 200 people in Montreal on 28 May this year, which we jointly organized. The next day there was a meeting on the Permanent Revolution organized by the IMT at which she also spoke. As far as I know this was the last public meeting she ever spoke at, although we had planned to invite her to speak at the launch of my new book Reformism or Revolution at the Havana Book fair next February.

Unfortunately, this was not to be. A cruel accident has robbed us of a valuable and much-loved friend and comrade. But her memory lives on in the hearts and minds of those of us who knew her. And above all, the ideas we defended together live on and grow stronger by the day. That is the best memorial Celia Hart would have desired.

Farewell, comrade Celia! We shall continue the struggle!

This is really bad news. Here was a strong, respected person who would have helped to create a new direction for Cuba, one neither Stalinist or Capitalist.

This is a sad and unfortunate event.
While our tendency has fundamental political differences with Celia Hart, we add our names to those who regret her untimely death.

I just came across her last and most beautifully written piece on Revolution and the Demon (hurricanes etc).
http://www.marxmail.org/msg48175.html

Truly a sensibility that will be important to Cuba going forward.

Her brother died as well.

Both of Haydée's children have died.

This is so sad.

Ironically, Celía had recently written and published an article about hurricanes that was still being circulated.

We will all miss her. Thanks for posting this tribute, Renegade Eye.

Larry: She was hostile to the pro-China model, that excites some in the bureaucracy.

Dave: She was friendly to the IMT, but no tendency agreed with everything she wrote.

She did open doors for Cuban Trotskyists.Now you can atleast get Trotskyist books printed.

Ducky: A big discussion is occuring in Cuba, about which direction to turn next.

Foxessa: The deaths are listed I guess as an automobile accident.

Terrifying. Really sad to read this.

I had broken ties with YFIS with she began writing polemics with them. Though I almost entirely disagreed with her, I did admire her passion for genuine change and revolution. I will miss her writings. Cuba is somewhat dimmer without her.

Celticfire: Her polemics drove me nuts. She was naive and honest person.

She never joined any group.

Red Eyes of Fire: Thank you for visiting. Cool name.

Foxessa: It was an incredible loss to all.

My comrades would often stay at her house, when in Cuba.

That was a fascinating biography of a comrade who died tragically young.

“I met some marvelous comrades from Pakistan, Israel, Spain, the United States... And I see that I am not alone, that the same ideas I defend are spreading all over the world. These are the ideas of the future.”
As she said important is more communication, more solidarity and joining hands of real revolutionary……..
Of course a great lost…..
Salute