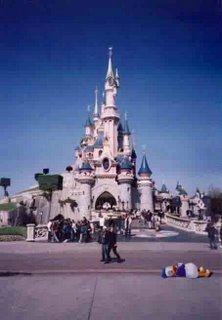 At this point 200 million birds have died or have been killed due to H5N1 Avian Flu, and 97 human beings died.

A leading scientist in the field of genetic sequencing, wants data on the disease, at tax payer financed Center for Disease Control (CDC) and The National Institutes of Health, to place virus sequencing data on an open open database. Steven Sulzberg believes if the US made such a move, other governments would follow.

The leading scientists have lived with in a "publish or perish" enviroment. That is ok for an abstract scientific study. Several thousand people die yearly from normal flu. This could be a pandemic catastrophe.

Even the World Health Organization keeps its data closed. A lone Italian researcher has cast a harsh spotlight on the WHO's system, suggesting that it places academic pride over public health - and snubbing it by posting prized bird-flu data in plain view.
RENEGADE EYE
Posted by Frank Partisan at 2:04 AM

IN AN ATTEMPT TO THWART THE SPREAD OF BIRD FLU, GEORGE W. BUSH HAS BOMBED
THE CANARY ISLANDS.

Bird Flu has ravaged large parts of Northern Nigeria and many farmers have lost their livelihoods. It was the main news items from my country for a while, until some sectarians had the morbidly brilliant idea to kill themselves over some cartoons in faraway Denmark! That's died (no pun intended) away now, thank God, and Bird Flu's still flying about. It's now spread to the South Nigerian. It's also been reported in a neigbouring West African country, Cameroon. So far, no human deaths reported. We hope...

That was me earlier, renegade. Thanks for your comment on my blog earlier, by the way. I've replied you there. Go see.
mw

Tell me it aint so. Is that Donald Duck lying in front of the enchanted castle? I did'nt know this avian flu strain had made it's way to the US. Hopefully that is Disney in Paris.

Ha, I wasn't expecting to see such funny comments! That photo is just...wrong ;)

Anyway, I am a big proponent of open source innovation and had worked on instituting this philosophy at another major "tax payer financed" agency in the US. While change and progress can be agonizingly slow in these environments, many scientists are beginning to recognize the advantage of this approach. Not only does it seem to be the "right" thing to do for humanity, but it can also benefit many businesses and technologies in the long run.

I agree with some of what you said Renegade, but I have to also point out that the Avian Flu is still a big problem (looking at MW's comment above), especially for farmers.
Certainly, 97 deaths is a small number. However, I think that the more frightening aspect of the Avian Flu, related to human deaths etc, is that the strain keeps mutating and that if it does start to spread in the US, we have not much to fight it with.

Funny pic...gotta love the humor in that :)

Love the photo...if only that damn duck and all those fascist disney characters really would keel over.....

There's the potential for all sorts of knowledge to be created that we cannot even conceive of yet, if the free flow of information is expanded. That just seems to be the case generally so that's our bias not knowing enough about the science. Hey, by the way - thanks for that too generous review of our post. Hopefully the new ones, when they are ready, will be funny.

You know, avian flu has about as much chance of a mass plague as the flu. True story.

I am not worried about bird flu at all. I worry for the farmers who will be bankrupted if the idiotic consumer boycotts of chicken and other birds gets worse.

It could eventually mutate into something that can be caught human-humnan, and if it does then the poor, as always, will get the worst of it. But this virus has been around since 1958, mutating away...and it hasn't mutated into something I can get off the gurlfriend or the tram driver yet.

Meanwhile malaria is killing millions and millions...don't see a panic among liberals about that - apart from when they are campaigning against MTT and other cures, cause it 'insn't natural' or some such bullshit.

That's a good point beatroot, but I thought it was conservatives who were also drawing excess attention to this problem (and away from other important issues, as you say). I don't think it has anything to do with ideology anyway. For any politician looking to get elected (Democrat or Republican), they will jump at the chance to look like a champion for a popular cause. Whether the professed impetus is for public health and safety or for ways to allow corporations to make more money from a potential or real crisis, hardly matters. What matters, unfortunately, are their self-interests. I guess we can use this to our advantage by making more problems visible in the hopes of getting these "public servants" to respond. Or better yet, we can all work harder to elect officials who actually give a damn and have the means to make a difference.

It is easy to jump on diversions.

I think Molara's point about Nigeria is interesting and important.

No glamour in fighting malaria.

Fighting malaria was once touted as one of the he chief accomplishments of the US in Cuba following the Spanish -American war. Fighting malaria has a long history. Incidentally, the so-called Spanish flu, which came back from Europe around the Great War was not really Spanish, but was marketed as such.

The fight against malaria (it still kills over a million a year) has indeed a long, and shameful history.

A pesticide called DDT - good at killing the insects that carry malaria - was banned in the US in the 1960's after that book by Rachel Carson, Silent Spring started off liberal environmentalism in the States.

The UN is now on the verge of banning the pesticide everywhere - despite no real evidence that it harms humans (and it definatly doesn't harm humans as much as malaria).

But this hasn't stopped Greenpeace and the like campaigning irrationally against what is a good preventative against malaria.

See what I mean? Warning: Liberals can be bad for your health!