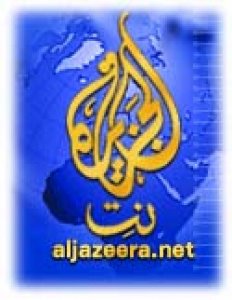 Was George Bush planning to commit an illegal act, against non-combatants?

Al Jazeera Satellite Network, has hired a London based legal team, to discover if George Bush advocated bombing the Qatar based headquarters of Al Jazeera. The legal action will ask the British government to release a memo using a version of the freedom of information act, a five page document, labeled top secret, where the conversation between Bush and Tony Blair is documented, where Bush tried to get the bombing on the table. Qatar is also home to the US Central Command, and several US citizens live there.

Al Jazeera has also asked the US government, to release whatever is available in US.

From what is known about the memo, George Bush seriously wanted to take military action against Al Jazeera, only that Tony Blair and Colin Powell, talked him out of it.

On another front, in a court in London, two men will appear to face charges under Britain's Official Secrets Act. The first man, David Keogh, a former employee of the Cabinet Office, is accused of unlawfully handing a confidential memorandum to the second man, Leo O'Connor, a researcher for a former Labor member of Parliament, Tony Clarke. They are accused of making damaging revelations related to international relationships.

Hello there! Thanks for linking my blog, and I'm sure you are going to take this seriously :-) >>>

What makes this Al-Jazeera business so insane is the simple fact the Al-Jazeera is the most pro-Western media in the Middle East (comparatively speaking, of course - sort of like saying that Albert Speer was the nicest Nazi, he he he!). So if Bush ever wanted to bomb them, it would make him a Grade A idiot...

If that story is true, Tony Blair deserves a Nobel Peace Price...

I wish you luck! And I mean it. Since every vote your Socialist Workers Paradise Party gets will probably come from a Democrat, the Republicans can only profit from it (at least in short term).

It would have been smarter of you to promote some David Duke KKK party (in order to steal votes from Republicans), but those days of intelligent Communist provocations must be over (they apparently closed shop in 1991 and surprise, all those redneck racist splinter movements have disappeared). But anti-Communist provocations still continue (there must be still half a dozen people sweating it out in some basement in Washington) and so Workers Paradiase Parties still seem to be getting money from somewhere...

Thanks for poppig by with some good facts, I'll stop by often.

Of course he wanted to take out Al Jazeera. It is all about controlling the media which he has managed to do with all the domestic outlets. If you can't beat em, destroy em!

If Bush did make this statement and was "serious" then he would have to step down and let my man Dick Cheney take over as soon as possible.

May be Bush thought that perhaps Osama had come there for audition?

Is Bush still President??? I'm going to have to fly back to the U.S. and kick him out myself!

Osama lives, even if he doesn't.

It doesn't matter if he is alive or dead, we think he lives, dialysis machine and all.

A socialist electoral campaign, in a country with such a two party system, is a campaign to raise issues, the Dems and GOP won't. It makes you part of the discussion.

Just think if you can bomb any pundit you don't like. I have nightmares of being fed pablum by Wolf Blitzer as it is.

I remember O'reilly calling al-Jazeera a "terrorist group" in an effort to galvanize the opposition. Pretty funny shit.

For what it's worth I think Osama is as dead as a dead horse but we need Dath Vadar alive to keep us scared and people need the army of bad guys to have a head bad guy, it helps focus our simple minds.

Low and behold we have a "brand spanking new" Osama tape. Did BushCo let him out of his vault to tape this... a wee bit of wagging the dog, so to speak.
It always amazes me how timely for the GOP bin Laden's communications are and how quickly they can ascertain the authenticity of the tape and how quickly they can translate it. It's magical. More like this: Maybe someone in the bin Laden family decided it was time to help out ol' Georgie and called in a favor from OBL.

And the claim they were trying to bomb Al Zwahiri at a "dinner party,"... they apparently heard he decided not to go at the last minute--but not soon enough! What was the matter--nothing to wear? Bad hair day? On a diet?
Puh-leeeze...

Tina,the end result of what you are saying, is 9-11 was planned by the White House.

I think it might be more credible, is simply Osama wants Bush and company in power.

It would be a bonanza for Osama to be captured, for Bush, and the secular world. There is no political reward, for Osama being free.

I don't agree with this direction of thought.

I will say that my readers should check out your blog. I'm not a Democrat, but I know a good read.

Renegade: If we were to see documents and photos showing beyond a shadow of a doubt that BushCo actively planned 9/11 I would not be shocked.

Thank you for your kind words. And yes, I am a Democrat, but that is because I proudly chose the lesser of 2 evils, and until we have more choices in this country, I will remain a Democrat. I equate voting Republican with being a cannibal... which ironically enough, is exactly what Republicanism stands for and does to our citizens.

I agree with Sonia. It would make little sense to bomb Al-Jazeera. It would be assessed as a political rather than military target.

Bombing would have an enormous political and publicity downside amongst Westernised Middle Easterners, Qatar and internationally.

I think the only way that bombing could have been considered would have to do it anonomously but this would make it a ground based operation. Not part of plan as I understand it.

I equate voting Republican with being a cannibal... which ironically enough, is exactly what Republicanism stands for and does to our citizens.

But it's Clinton's White House that we associate with man eating.

Really, I'd love to hear you explain the above sentiment. If you live in Atlanta and own a bong, which certainly you must, I'll bring the pizza.

Why on earth would we surprised that Bush would take out a foreign news agency -- especially one that is critical of his viewpoint? He and his cronies have bought up the biggest news agencies here to the point where we have to get intelligent counterpoint from documentary filmmakers. History is going to paint Americans of this era as idiots for following this paranoid, power-mad, arrogant idiot.

Power is a habit. When you are used to it being checked at a certain point -- that is habit. When you have no checks or boundaries, you use it in wider and wider fields until, when there is pushback, you don't feel remorse, you feel anger for the intrusion. Bush appears to believe that killing a bunch of foreign journalists is something other than a 'kill the messenger' response. Although I have never listened to any of his speeches, I am sure that would be a good one:

'Ladies and gentlemen, our intelligence suggested they had yellowcake in their headquarters and were going to use them to make weapons of mass destruction. And, they had pirated copies of Brokeback Mountain.'

Intersting piece - I covered the Al Jazeera story at: